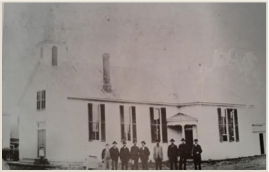 In the late 1800’s a group of Dutch immigrants settled in the northwest part of Sioux County, Iowa. The outstanding feature of this beautiful area at the time of settlement was a small lake located one-half mile west of where Middleburg now stands. The lake was first known as Orange Lake in remembrance of William of Orange, ruler of the Netherlands. In later years, the lake slowly drained away.

One of the characteristics of these immigrants was their determination to exercise their newly-acquired American freedoms. Of these freedoms, the freedom of religion was cherished above all others. According to tradition, they believed implicitly in the individual relationship to God, both in church and in everyday life.

The pioneers felt the need to gather on the day of rest. When they first came to this area, they had to travel to Orange City for purposes of worship.  This, however, required a ten-mile trip on trails which was both tedious and cumbersome, especially when the weather was unpleasant.  As more people moved into the region, ministers from the neighboring areas felt compelled to extend their services to the new community and began to hold prayer meetings at the various country schoolhouses.

As a result of this interest, the establishment of a new church organization was approved on July 31, 1885.

The original church structure was built that year and the name Free Grace Reformed Church was claimed. Twenty-nine members from the congregation in Orange City left to join the new church organized at Orange Lake.

In December 1885, the Consistory, with the agreement from the Northwestern Classical Academy in Orange City, chose to appoint a Leeraar (teacher or leader).  In the summer of 1886, the Reverend A. Zwemer from Graafschaap, Michigan, accepted the call to serve the congregation. A parsonage was built in 1887.  On September 30, 1887, the church was legally incorporated.

The early church was flourishing and growing spiritually, and in 1889, an enlargement to the church took place.  A small village arose as the church expanded, and the hamlet became known as Middleburg, signifying its location in the middle of the county and in between the larger surrounding towns.

In 1890, the congregation purchased a cemetery of one acre which is located one-half mile southwest of the church structure.

1894 brought an additional expansion of the church building. Growth continued, and in March of 1906, the congregation agreed to build a new church with a new parsonage to follow in 1921.

Expansions have occurred to the church building since, with addition of a narthex and bell tower and extension of the fellowship and Sunday school areas.  This building has served the congregation well.  The parsonage recently received an addition including a main floor laundry and attached garage.

Today, as a rural congregation, we continue to draw members from several surrounding communities.  We have much for which to give thanks—the Lord has richly blessed us as a congregation and we praise Him for his faithfulness. 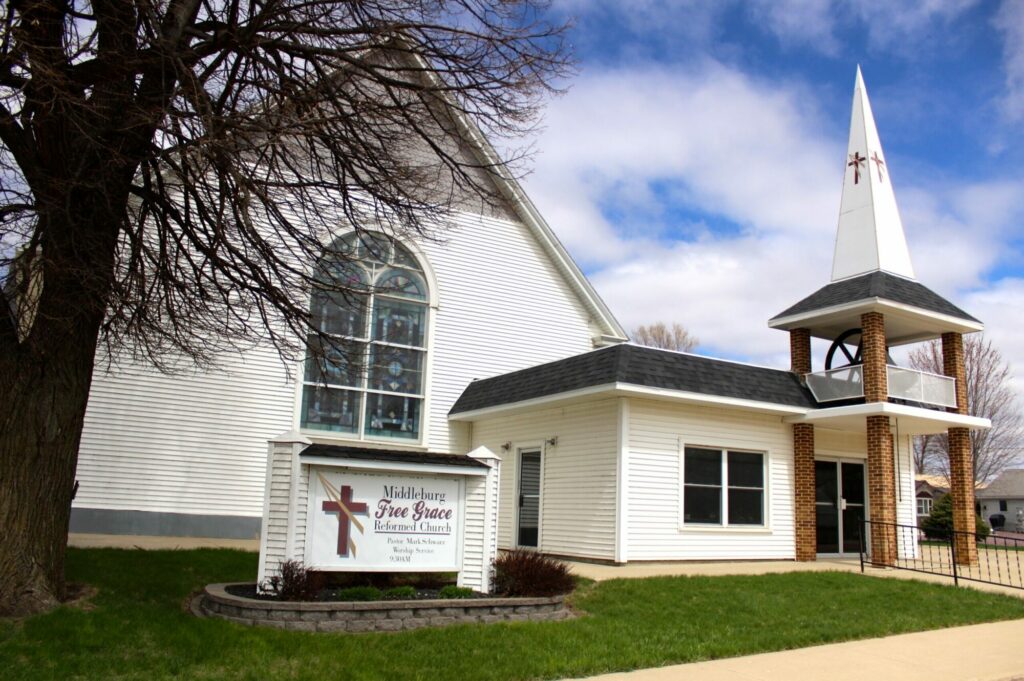